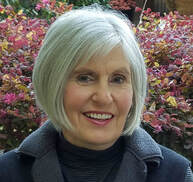 Judy Maher
​
​Judy Maher, author of Dear Circus God, was born near Asheville, North Carolina. As a result of her father being a minister, she grew up in tiny towns in Ohio, Indiana, and Illinois, then moved on to Fayetteville, North Carolina, and Duluth. After graduating from Macalester College in St. Paul, Minnesota, she moved to San Diego, then the Bay Area, where she taught high school English, married, raised two children, and survived a second career as a real estate broker. Her husband’s career took her to further adventures in Saudi Arabia and Boston. She now lives in Oakland. 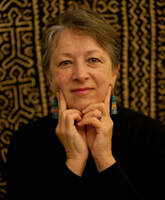 ​Chantal Guillemin writes with the Fresh Ink poetry collective in Berkeley. When she was growing up in Southern California, her family purchased land in Truchas, New Mexico, and spent every summer there. The family continues to spend time there every year. Guillemin’s first book Truchas: Closer to Heaven explored these experiences. The 2019 Mi Tierra Adentro: Poems of the Land of Enchantment continues Guillemin’s search for stories about the Land of Enchantment and the people that land inspires.

Jannie M. Dresser
​
Jannie M. Dresser is the founder and editor of Sugartown Publishing, a cooperative poetry press based in Crockett, California, home to the C & H Sugar plant. Since its first publication, a book of poems by the then 98-year-old poet Benjamin Slomoff, Sugartown has published over 25 high-quality books by Bay Area writers. Dresser’s own book, Workers’ Compensation: Poems of Labor & the Working Life is about her life in the gig economy. Sugartown was voted "Best Local Publisher" in 2015 by the East Bay Express newspaper's reader's poll.